If you’re looking to compare two lists for equality, you can use simple comparison operators. 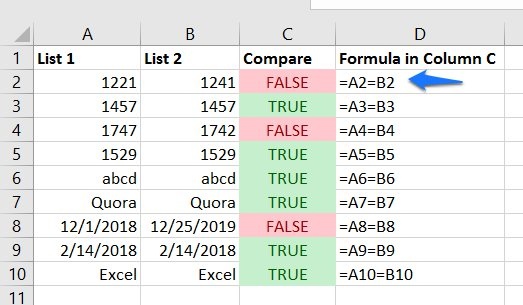 By turning column C into a helper column, we can compare the lists in A and B by simply typing

and auto-filling that formula down the column. As you can see this works for text, numbers, and dates the same way.

If you need to check to see if certain values exist or not in the other list, I’d suggest using ISNUMBER and MATCH together to find your answers.

Let’s separate the two columns for a second and add some additional values to List #2: 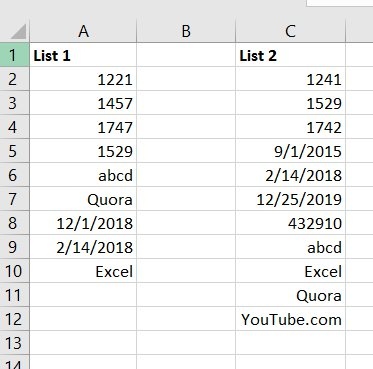 We’ll create a helper column in Column D and first use the MATCH function to return the ROW that a match exists on, if any. 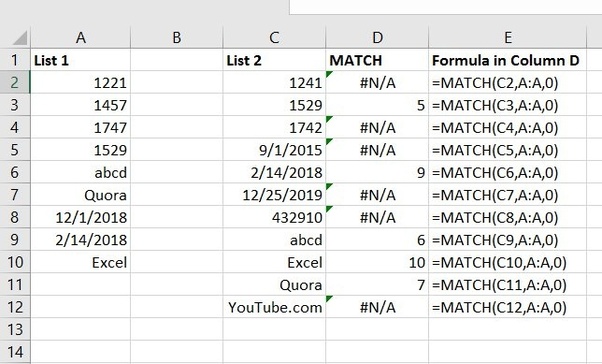 Excel searches for each of the values in column C inside of column A. The numbers returned are the ROW in column A where a match was found, while #N/A simply means there was no match found.

By wrapping this function in the ISNUMBER function, we can simplify this to only return TRUE (if a row number is found) or FALSE (error, no match). 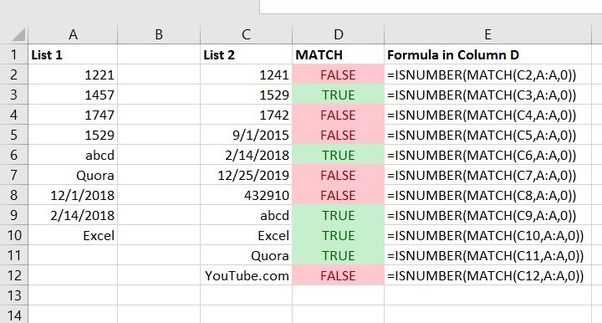 A pivot table is a feature of Microsoft Excel that allows a user to quickly summarize and analyze a large set of data.

Everything that a pivot table does can be done by hand or by using other Excel formulas. However, pivot tables often speed up the process and allow the person receiving the report to quickly identify what’s important in the data.

Check out our more in-depth series on Pivot Tables: